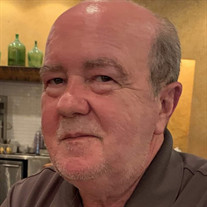 William Thomas Lane, Sr. November 21, 1951 – December 27, 2021 Huntington, WV – William Thomas Lane, Sr., 70, was born November 21, 1951 in Lenoir, North Carolina and passed away on Monday, December 27, 2021. He was son of the late James Lane and Frances Dale Kinlaw. The oldest of six, he became the unofficial patriarch of his siblings, and jokingly laughed about being the smartest and most well behaved, an opinion often bantered at family gatherings. His mantra was God, country and family, but everyone understood that his family actually came first. He attended Augusta College in Augusta, Georgia and earned his bachelor degree at night while working and starting a family. Then later, he was honored with acceptance to the US Army War College for his masters, earning the highest grade point average of any non-military student to date, again, while working fulltime only by then in Germany. He excelled academically, feeling it his duty and honor to live up to his highest capable standards, standards that far outclassed the average student. Tommy served 38 years Federal service with the US Army, four in active duty. His work took him internationally from South Korea to Saudi Arabia and Germany, with multiple tours in the States. He cared deeply for the people he worked with from clerks to generals, civilian and military, and remained close to many of them throughout his life. An incredible patriot, he cherished his country and was eager to carry on geo-political as well as domestic conversations with young and old, knowledgeable and not. His best years and best of times were by far the 41 years he spent married to his wife, Angela Kay Clark Lane. Anyone who spent any time with them instantly noted how they meshed like an old married couple while at the same time enjoying each other like sixteen-year-olds. They embraced a marriage everyone wished they had. Tongue in cheek, he bragged about being the smart one, to the patient, knowing smiles of his wife. The two traveled the world together, intensely enjoying the diverse peoples and cultures, with Tommy particularly fond of what he called “all that good food.” He especially loved toasting with a Jameson or Guinness. He called people “son,” and he meant it to those he said it to, and those souls recognized the deep intent of the word, carrying the respect well into their lives. In half jest and half sincerity, he spouted many a time, “If I like you, I’m going to pick at you. It’s when I don’t that you should worry.” Tommy held a rocky love-hate relationship with the Atlanta Braves and the Alabama Crimson Tide. He adored his dogs almost as much (sometimes more) than his children. Amanda, Sookie, Sammy, and Jabronie definitely owned pieces of his heart, and he spoke with adoration of them to anyone who would listen. In his family younger years, he coached baseball, football, and basketball. Unless detailed to the desert or halfway around the world, he attended every practice, game, and event like it was a religion and attended with fervor. Family meant the world to him. His beloved family include so many. Children and grandchildren: • Shelley Lane – Lily and Lea • Jennifer Litsch (Dean) – TJ Blevins (predeceased) • Jenny Zartman (Jake) – Tyler and Colton • William Thomas Lane, Jr. (Andrea) – Peyton, Addilyn, and Ellie Siblings: • Dale Lane Williams (Robert) • Ann Lane Way (Donny) • Jane Lane Garris (Greg) • Jimmy Lane (Sharon) • Harry Lane (Sabrina) • Alan Lane He also leaves behind countless others from cherished nieces and nephews to friends and professional peers. He was father figure, mentor, and beloved individual to so many. Funeral services will be conducted at Henson & Kitchen Mortuary, 6357 E. Pea Ridge Road, Huntington, WV 25705 on Thursday, December 30, 2021 at 3:00 PM with Rev. Bill Blankenship officiating. Military rites will be conducted prior to the service and the family will receive friends from 1:00-3:00 PM on Thursday at the mortuary. For those unable to attend, the funeral service will be streamed on the Henson & Kitchen Mortuary website, Facebook page and YouTube channel. Online condolences and memories may be shared with the family by visiting www.hensonandkitchen.com

The family of William Thomas Lane Sr. created this Life Tributes page to make it easy to share your memories.

Send flowers to the Lane family.