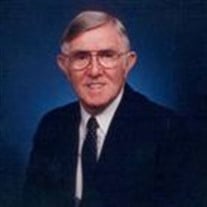 William Franklin “Frank” Topping,  was born  in his grandfathers log house at Bowen, W. Va. In Wayne County, W.Va. At age 88 he went home to meet his Lord on Wednesday, December 17, 2014. He is survived by his  wife of 68 years, Betty. Their love for each other shined in sickness and in health. Frank was the son of the late Ott Topping and Marie Bowen Topping and brother to the late Helen Parsons. Left to mourn and honor his memory are his three children, Roger and Becky Topping of Princeton, W.Va., Marsha and Jim Ingels of Mooresville, IN and David Topping of Huntington, W.Va; four beautiful granddaughters,  whom he adored, Karrie and David Bias of Logan, OH, Kristene and Eric McCoy of Pataskala, OH, Holly and Rodney Adkins of Barboursville, W.Va. and Kimberly and Scott Carlisle of Mooresville, IN; seven great-grandchildren, who gave Papa Frank such joy, Emily and Kelsey McCoy, Michael Nibert, Tyler Morris, Abby and ally Bias and Kayla Carlisle. Franks friends played a huge role in his life, the Templeton Family, and his best friend and buddy J.D. Johnson and wife Carolyn. Frank felt a special love from the congregation at Cross Roads United Methodist Church where he held many offices. He loved to sing and felt blessed to be part of the Chancel Choir. Frank enjoyed singing beside his friend Richard Hicks. Frank was a firefighter for the City of Huntington. He was last stationed at #10 Gallaher Street as a Captain. He loved his job and the relationships he had with good friends, George Keeler, Whitey Barr, and P.J. Jordan.  After a freak accident, Frank retired from the fire department in 1971 and after a year recuperating entered Marshall University and earned two degrees. Frank also worked for the State of West Virginia as an inspector for the West Virginia Health Department. He later became a nursing home administrator and worked at Wayne Continuous Care Center, Point Pleasant Manor and retired from Presbyterian Manor in Huntington. Frank was 32nd Degree Mason with Western Star Lodge#11 in Guyandotte. Frank also served his country during WWII stationed in Alaska. Frank loved the outdoors. He loved being on his pontoon at Beach Fork. Frank will be remembered most for his smile and quiet nature. His integrity and devotion to his family will be felt and missed, but never forgotten. We love you DAD! Funeral services will be conducted at 11:00 AM on Saturday, December 20, 2014 at Crossroads United Methodist Church with Rev. William DeMoss and Rev. Joseph Hill officiating. Burial will follow in Woodmere Memorial Park, Huntington, W.Va. The family will receive friends from 6-8 PM on Friday at Henson & Kitchen Mortuary, Barboursville, W.Va and one hour prior to service at the church on Saturday. Online condolences and memories may be shared with the family by visiting www.hensonmortuary.com .

The family of William Franklin "Frank" Topping created this Life Tributes page to make it easy to share your memories.