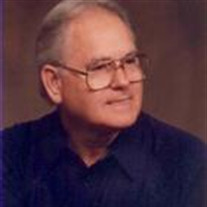 Paul Edward Thompson, 84 of Barboursville, W.Va., passed away, Thursday, October 10, 2014 in St. Mary’s Medical Center. He was born June 29, 1930 in Huntington, W.Va. the son of the late, Owen and Hester Williamson Thompson. Paul was a 1948 graduate of Huntington East High School where he played both football and baseball. That same year he joined the U.S. Army in the 101st Airborne Division and attended leadership school. After serving in the Special Services of the U.S. Army he was promoted to Staff Sergeant and later was awarded two bronze stars. He was a member of the VFW Post 9738 and American Legion Post 177. He served as President of the District #2 Council and Vice-President of the West Virginia Labor Federation and was a staff Rep. for the USWA. He was also a Kentucky Colonel and a lifetime member of the BPOE Elks #313 and an Electrician with H.K. Porter Co. Paul was an avid golfer and loved restoring vintage cars. In addition to his parents, Paul was also preceded in death by one brother, John A. Thompson and one sister, Rosalie Carter. He is survived by a wonderful and loving wife of sixty years, Janice Gerlach Thompson of Barboursville, W.Va; two daughters, Tina Brown  and husband, Wayne of Fort Mill, SC. And Cynthia Chambers and husband, Randy of Pace, Fla; two grandchildren Christa Brown of Charleston, SC and Zachary Brown of Rock Hill, SC and one great-granddaughter, Chloe Ray of Charleston, SC. A brief funeral service will be conducted at 2:00 PM on Sunday, October 12, 2014 at Henson & Kitchen Mortuary, Barboursville, W.Va. with Rev. Jerry Chapman officiating,  followed by commitial services and military honors, conducted by the American Legion Post #139 Milton, W.Va. and the W.Va. Honor Guard at the Ridgelawn Memorial Park Masolium. Visitation will be from noon until service time on Sunday at the funeral home. Paul was a loving husband, father, and grandfather and will be missed greatly by his family and friends. Online condolences and memories may be shared with the family by visiting www.hensonmortuary.com.

The family of Paul Edward Thompson created this Life Tributes page to make it easy to share your memories.

Send flowers to the Thompson family.