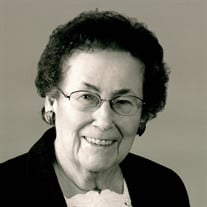 Patricia Ogden Hartman passed away on May 23, 2018 after a brief illness. Pat was 92 years old. Pat born in Clarksburg, West Virginia and grew up in Huntington. Pat attended Marshall University. Leaving, short of graduating to raise a family she returned after thirty years to graduate cum laude from Marshall University in 1976. In the same year of her college graduation she was elected to the West Virginia House of Delegates in 1976, ‘78, ’80, ‘82 and ‘86. Pat’s involvement with civil rights during the 1960’s, contributed to her legislative interests in domestic violence and discrimination. She served on numerous Legislative Committees including, Education, Banking and Insurance, Health and Welfare, and Higher Education. In 1978 she was appointed by Governor John D. Rockefeller IV to the Commission on Aging. Pat was named “Citizen of the Year” in 1981 by the West Virginia Chapter of the National Association of Social Workers. She also won the “Ellis Johnson Award for Community Services” in 1982. And, in 1985 she won the “Susan B Anthony Award” for her contributions to the welfare of women. During her service in the West Virginia legislature, Pat introduced over 100 bills, 25% of which became law. Pat worked passionately on behalf of women, children, and seniors. Her legacy of legislative accomplishments and community service stands firmly on a lasting foundation committed to the protection of women from domestic violence and quality health care for West Virginia’s children and seniors. She is preceded in passing by her husband; George Hartman, her parents; Carroll & Mae Ogden, her sister; Peggy Billot, her youngest son: Edwin Hartman, her son-in-law; Frank Ruby, and her daughter-in-law; Lynn Hartman. She is survived by her daughter; Georgann Ruby of Huntington; Grand-daughter Beth Ruby and husband Ron Anderson of Columbus and eldest son; Richard Hartman of South Charleston. In lieu of a service; stand up for what is right. Live on Mom. Henson and Kitchen Mortuary, East Pea Ridge Road, Huntington, WV. is caring for the family. Online condolences and memories may be shared with the family by visiting www.hensonandkitchen.com .

Patricia Ogden Hartman passed away on May 23, 2018 after a brief illness. Pat was 92 years old. Pat born in Clarksburg, West Virginia and grew up in Huntington. Pat attended Marshall University. Leaving, short of graduating to raise a family... View Obituary & Service Information

The family of Patricia Ogden Hartman created this Life Tributes page to make it easy to share your memories.

Send flowers to the Hartman family.