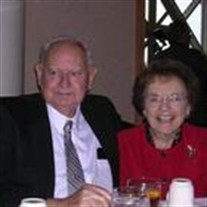 Joan Pettit Sluss, 86 of Charlottesville, VA, formerly of Fort Ashby, W.Va. passed away, Monday, September 5, 2016 in the Trinity Mission Health and Rehab, Charlottesville, VA. She was born March 27, 1930 in Shirley, W.Va. the daughter of the late Melvina (Underwood) Stewart and John Stewart and the late Carl Pettit. She was retired from Mineral County Circuit Clerk’s Office. In addition to her parents, she was preceded in death by her husband Al Litz Sluss in 2009; one sister, Eleanor Puckett and her husband Milton of Oceana, W.Va; and one brother, James Pettit of Paden City, W.Va.She is survived by one son, Stephen Sluss and his wife Kim, of Scott Depot, W.Va,; daughter, Karen Graziano and husband Mike, of Palmyra, VA; and special buddy, her dog, Rudy; sister, Sue Lusk and husband John of Keyser, W.Va; grandchildren, Michael Sluss of Hurricane, W.Va;  Amanda Wing and husband Matt of Frederick, MD; Eric Graziano and wife Mandy of Palmyra, VA; and Jessica Galbraith and husband Dustin, of Richmond, VA; great grandchildren, Riley Graziano and baby Alex Graziano (due in November) and twins Connor and Owen Wing (due in January); two sisters-in-law, Lorraine “Dutch” Pettit of Paden City, W.Va. and Dorothy “Dot” Sluss of Princeton, W.Va. and several nieces and nephews.Graveside services will be conducted at 1:00 PM on Monday, September 12, 2016 at Palm Memorial Gardens, Matheny, W.Va. with Rev. Daniel Kimble officiating. Burial will follow. The family will receive friends one hour prior to services on Monday at the cemetery. In lieu of flowers, the family requests that donations be made to the National Alzheimer’s Association. (www.alz.org/donate). The family would like to extend a special thank you to the staff of Blue Ridge PACE in Charlottesville and the staff at Trinity Mission Health and Rehab, Charlottesville, who were wonderful in the care they gave her.Arrangements are in the care of Henson & Kitchen Mortuary. Online condolences and memories may be shared with the family by visiting www.hensonandkitchen.com .

Joan Pettit Sluss, 86 of Charlottesville, VA, formerly of Fort Ashby, W.Va. passed away, Monday, September 5, 2016 in the Trinity Mission Health and Rehab, Charlottesville, VA. She was born March 27, 1930 in Shirley, W.Va. the daughter of the... View Obituary & Service Information

The family of Joan Sluss created this Life Tributes page to make it easy to share your memories.

Send flowers to the Sluss family.