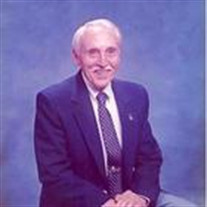 Earl Waldron, 95 of Huntington, WV, husband of Beatrice McChesney Waldron, passed away, Saturday, May 24, 2014 in St. Mary’s Medical Center. He was born, April 17, 1919 in Catlettsburg, KY the son of the late, George Samuel and Nettie Bailey Waldon and was the youngest of eleven children. He grew up in Kentucky and in Southern West Virginia and joined the Army at the age of 18. He was a distinguished veteran of World War II. Having served with the U.S. Army’s 10th Infantry Regiment, a highly decorated combat unit. He fought in the Battle of Normandy as well as the Battle of the Bulge and other engagements.  He was a member and past president of the 10th Infantry Association and Honorary Sgt. Major for the current 10th Infantry. Earl worked for over thirty years for the C&P Telephone Co. and was a lifetime member of the Telephone Pioneers.  He was a former member and past president of the Barboursville Lions Club. Earl was a lifelong hunter, fisherman and nature lover.  He was also an avid Marshall University Thundering Herd fan and member of the Bates Memorial Presbyterian Church. In addition to his parents, he was also preceded in death by, his first wife, Diana Cura Waldron, his mother-in-law, Annie G. Cura and son-in-law, Julian C. “Butch” Rodriguez. Earl is survived by his wife, Beatrice McChesney Waldron; a son, and daughter-in-law, Robert Earl Waldron and wife, Marijane  of Huntington, WV; two daughters and sons-in-law, Anne R. Fugate and husband, Don of Mansfield, TX, Mary Schubert-Vance and husband, Robert  of Palm Beach Gardens, FL; two step-sons, John McChesney and wife, Karen of Houston, TX, Thomas McChesney and wife, Stacy of Huntington, WV; He is also survived by three grandchildren, Richard J. Rodriguez of Seattle, WA, Catherine Diana Waldron of Huntington, WV and Caroline Yvonne Schubert of Palm Beach Gardens, FL . The family would like to give a special thanks to Wilma Justice, Sherry Roberts and Mary Napier for their devoted care of their father Earl and to Dr. Terrence Triplett, Dr. Skuli Gunnleugsson and Dr. Mark Hatfield and Todd Lester, P.A. Graveside Services will be conducted at 11:00 AM on Saturday, May 31, 2014 at Forest Memorial Park, Milton, WV with Rev. Bob Bondurant officiating. Military Graveside Rites will be conducted by the American Legion Post #139, Milton, WV and the West Virginia Honor Guard. Burial will follow. The family will receive friends from 6-8 PM on Friday, May 30, 2014 at Henson & Kitchen Mortuary, Barboursville, WV. In lieu of flowers the family requests memorial donations be made to the Wounded Warrior Project at www.woundedwarrierproject.org.  Online condolences and memories may be shared with the family by visiting www.hensonmortuary.com

Earl Waldron, 95 of Huntington, WV, husband of Beatrice McChesney Waldron, passed away, Saturday, May 24, 2014 in St. Mary&#8217;s Medical Center. He was born, April 17, 1919 in Catlettsburg, KY the son of the late, George Samuel and Nettie... View Obituary & Service Information

The family of Earl Waldron created this Life Tributes page to make it easy to share your memories.

Send flowers to the Waldron family.