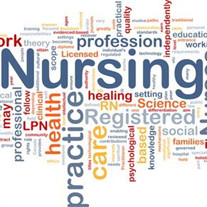 Darrell Hollis Costello, 72 of Orange City, Florida, passed away, Saturday, July 15, 2017 in Central Florida Regional Hospital, Sanford, Fla. He was born June 1, 1945 in Kingwood, W.Va. the son of the late, Satlar and Mabel Gladys (Molisee) Costello. He was a retired nurse and school teacher in Ohio and West Virginia. In addition to his parents, he was also preceded in death by three sisters, Faye Ford, Bonnie and Barbara Costello and one brother, Richard "Bill" Costello. He is survived by two sisters, Marie Wolfe and Helen Bishop both of W.Va; brothers, Don Costello (Mary) of Ona, W.Va, Bud Costello (Norma) and Bubby Costello (Janet) and Anthony Costello (Marion) all of W.Va; one grandson, Jackson Costello and several nieces, nephews and a host of friends. Funeral services will be conducted at 1:00 PM on Monday, July 24, 2017 at Henson and Kitchen Mortuary, 6357 East Pea Ridge Road, Huntington, W.Va. The family will receive friends from noon until service time on Monday at the funeral home. www.hensonandkitchen.com.

The family of Darrell Hollis Costello created this Life Tributes page to make it easy to share your memories.

Send flowers to the Costello family.