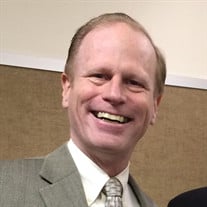 The Reverend Dr. C. Edward Bowen, 52, of Huntington and formerly of Pittsburgh, passed away on December 19, 2016 at his residence. He is survived by his parents, Charles E., Jr. and Joyce Askey Bowen a brother and sister-in-law, Andrew and Andrea Bowen; and a niece, Mychaella Bowen. He graduated in 1986 from Grove City College, with majors in accounting and economics, before earning his CPA license with Arthur Andersen & Co. A 1991 and 1998 graduate from Pittsburgh Theological Seminary with the M.Div. and D.Min. degrees, he served Trinity United Presbyterian Church in Vandergrift, PA, and the Slickville Presbyterian Church in Slickville, PA, from 1991-2000, where he helped to establish large community youth programs. From 2000-2012 he served as pastor of the Crafton (PA) United Presbyterian Church, where he was actively involved in youth ministry, community outreach, and mission projects. He established the Rev. Ed Bowen Charitable Fund for the Children of Crafton through The Pittsburgh Foundation to benefit the local elementary school. From 2004-2010, Ed was the chair of Pittsburgh Presbytery’s Crestfield Camp and Conference Center Ministry Team. He moved to Huntington in 2012 to become pastor of the Bates Memorial Presbyterian Church but was diagnosed with advanced cancer just two months later. After becoming medically disabled, he served as a volunteer parish associate minister for First Presbyterian Church of Huntington. In that capacity, he participated in the church’s LOGOS youth ministry, guest preached for churches across southern WV and was actively involved with the Cabwaylingo Presbyterian Chapel in Dunlow, WV, where he assisted with youth groups, recreation nights, work camps, food pantry, and other special projects. Ed was the president of the Cabwaylingo Club. Active in Scouting, he served for eight summers on the staff of Liberty. He had a large number of sermons and essays published in The Presbyterian Outlook, Lectionary Homiletics, The Expository Times, SermonMall.com, and LectionAid.com Funeral services will be conducted on Tuesday, December 20, at the Dunlow Community Center, Dunlow, W.V.from 5pm-7pm with services following at 7pm; visitation also on Wednesday December 21 at First Presbyterian Church Huntington, W.V from 5pm-7pm with services following at 7pm. Burial will follow on Friday, December 23, 2016 in Crafton, PA. In lieu of flowers, memorial donations may be made to First Presbyterian Church of Huntington, 1015 Fifth Ave, Huntington, WV 25701, and the funds will be forwarded to the Rev. Ed Bowen Fund for the Children of Southern Wayne County, a charitable fund established through The Pittsburgh Foundation to benefit the work of the Cabwaylingo Presbyterian Chapel. Henson and Kitchen Mortuary, Huntington, W.Va. is caring for the family. Online condolences and memories may be shared with the family by visiting www.hensonandkitchen.com .

The Reverend Dr. C. Edward Bowen, 52, of Huntington and formerly of Pittsburgh, passed away on December 19, 2016 at his residence. He is survived by his parents, Charles E., Jr. and Joyce Askey Bowen a brother and sister-in-law, Andrew and Andrea... View Obituary & Service Information

The family of Charles Edward Bowen III. created this Life Tributes page to make it easy to share your memories.

The Reverend Dr. C. Edward Bowen, 52, of Huntington and formerly...

Send flowers to the Bowen family.