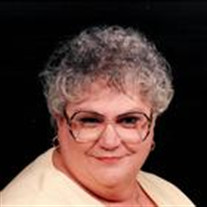 Barbara Louise Athey Fletcher, 77 of Milton, W.Va. passed away, Thursday, September 29, 2016 in the Emogene Dolin Jones Hospice House, Huntington, W.Va. She was born February 26, 1939 in Huntington, W.Va. the daughter of the late, Maurice and Thelma Damron Athey.  She was a switchboard operator at a local hospital, Ashland Oil and C&P Telephone.  In addition to her parents, she was also preceded in death by her husband, Bobby Allen Carico and one son, Robert Allen Carico.  She is survived by her two daughters, Rachel (Michael) Sowards of Milton, W.Va. and Amanda (Clifton) Porter of East Lynn, W.Va. and a host of grandchildren and two great-grandchildren. Funeral services will be conducted at 1:00 PM on Sunday, October 2, 2016 at  at Henson & Kitchen Mortuary, Huntington, W.Va.  Burial will follow in Oaklawn Cemetery, Huntington, W.Va.  The family will receive friends from 6-8 PM on Saturday, October 1, 2016  at Henson & Kitchen Mortuary, Huntington, W.Va. www.hensonandkitchen.com .

The family of Barbara Louise Fletcher created this Life Tributes page to make it easy to share your memories.

Send flowers to the Fletcher family.